Our transport to bird island. 8 am.

Egret flying peacefully. In fact may be jolly hungry. 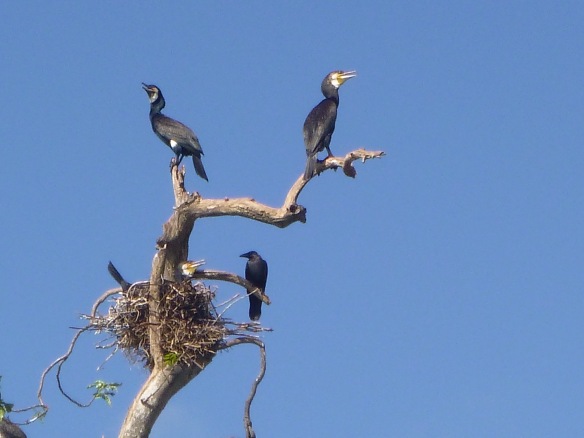 Cormorant and crow. On the nest, and the crow wants his breakfast egg. 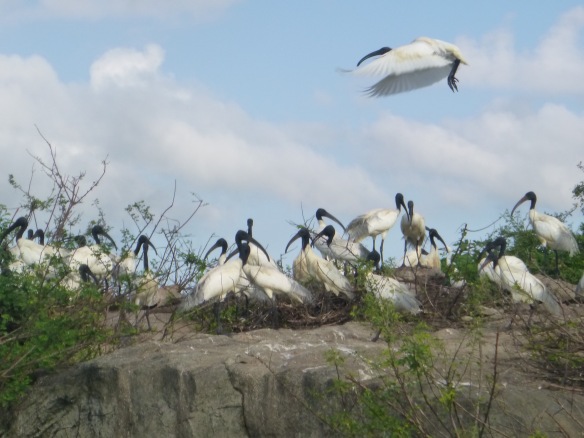 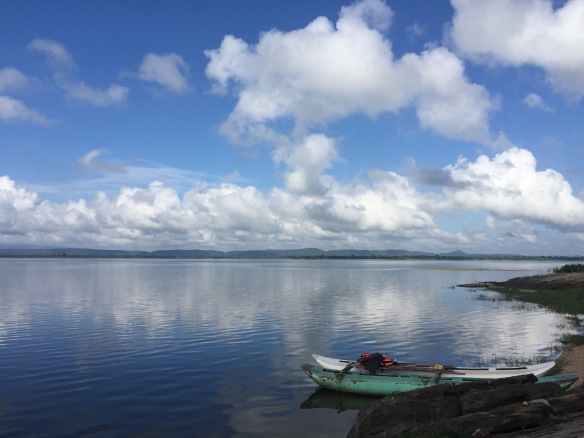 Hard to believe this reservoir will drain completely in the dry season, every year.

King coconut, natural electrolytes. Marcus chops the tops off with his machete. 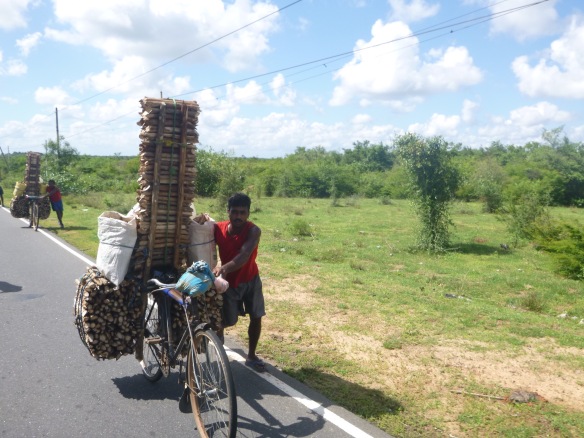 And we think we’re carrying a full load.

Lunch in Pasikuda, a muslim town. Lucky to get any food as full moon bank holiday. Cling film on plates saves washing. 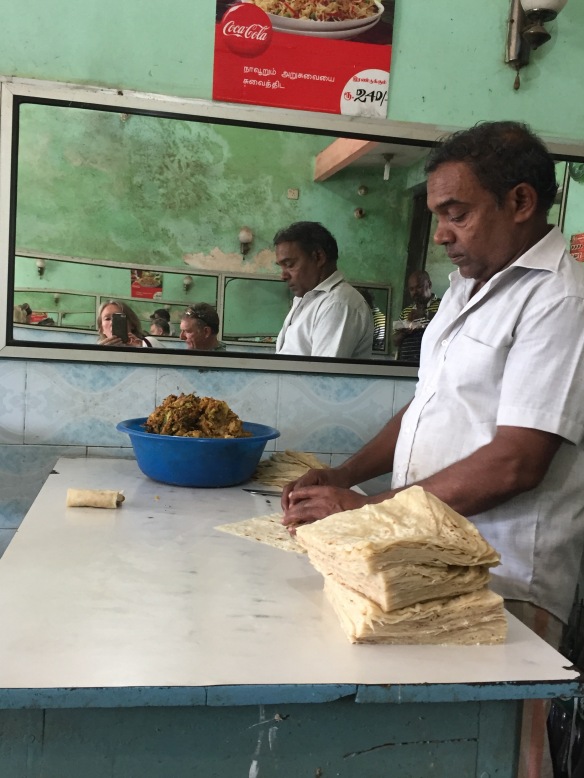 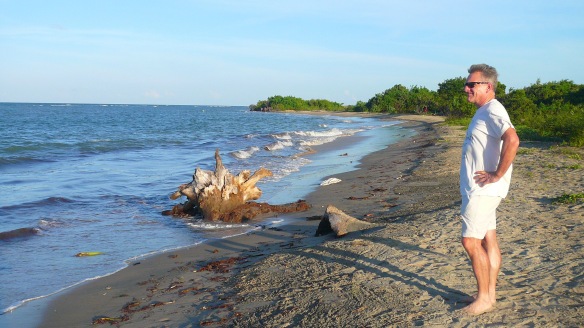 Overlooking Bay of Bengal. Just recovering from the Tsunami. 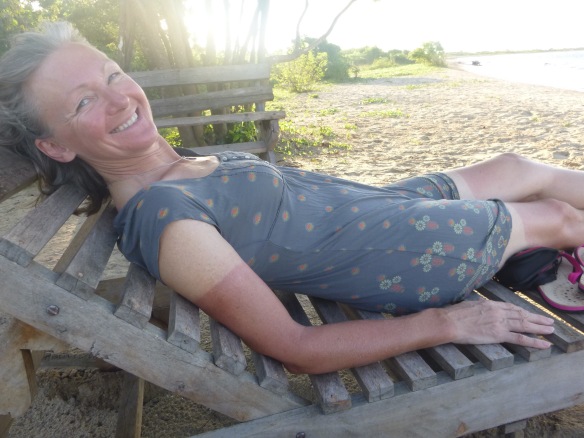 Marcus arranged a trip to bird island on the reservoir.  Huge numbers of nesting birds, including egrets, ibis, various herons, cormorants and storks.  Felt guilty stepping onto the island as it disturbed the birds.  However, they quickly settled.

Then to the bikes and a flat ride heading east into a head wind, average 30c temp.  The area is getting drier with lots of cacti and skinny cows and goats.

Needed a lift in a truck down to the hotel as the road was too rutted for Marcus’ van.  USA Paul was nearly sent flying out the back.

Hotel seems best so far, on the beach with no-one else around.