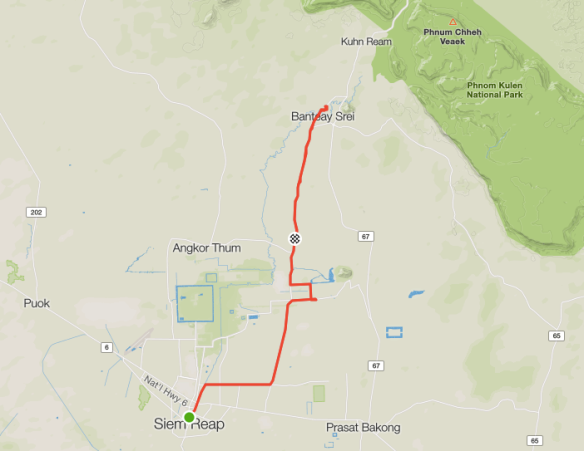 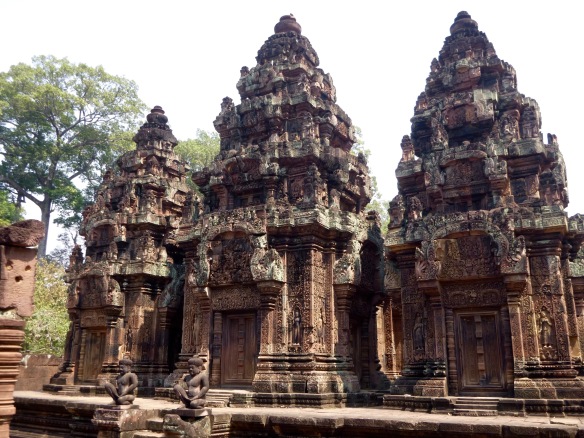 Banteay Srey. The pink one. 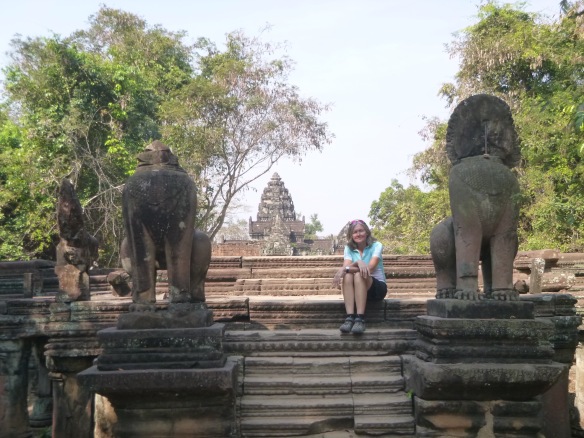 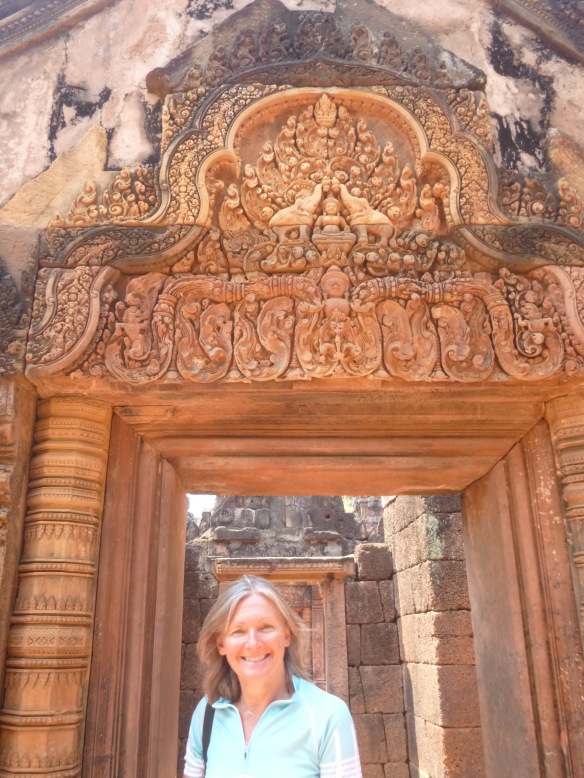 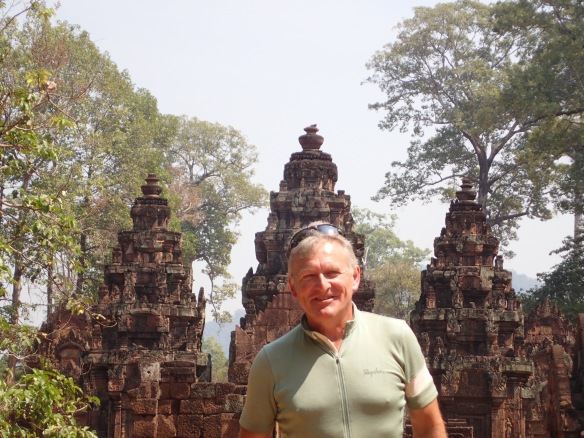 Thanks USA, and others.

Another day, more temples.  Banteay Srei is superb. Great craftsmanship, and , as all of them, a story to tell. Hindu, now Buddhist. Thought to be built by women. Not sure how ‘they’ can tell. Banteay Semre, a slightly ‘out of the way’ temple, all building up to ‘The big one’ tomorrow – Angkor Wat. So far, all are a bit mind blowing, in lots of ways.

This is big industry for Siem Reap.  Lots of us tourists traipsing over the ruins listening to descriptions of Apsaras (celestial dancers) and tales of Hindu demons and gods.  For some it is a pilgrimage, for many of the Asian tourists, more selfies.  Most of these temples were only more recently uncovered by the French in the early 1900’s.  It is only in the last 10 or so years that the sites have been declared National Heritage sites and foreign aid is coming in from India and China to help restore the structures and to provide an infrastructure.

Stopped into the Cambodia Landmine museum en route to the temples.  The museum was  founded by a victim of the Khmer Rouge, Aki Ra. He became a boy soldier for the Khmer Rouge at the age of seven after his parents were killed by them.  He spent his boyhood fighting and laying landmines.  Laterally, he has devoted his life to de-activating them by the very unorthodox method of using a pair of pliers.  He has made safe thousands of devices, manufactured by the Americans, Russians and Chinese.  His charity has looked after child victims of the landmines by providing housing and an education.  Today there are many less victims per year, down to around one hundred or so rather than more than one thousand per year.

A little light relief was a wander around the butterfly centre.  Local farmers are being paid to drop in the caterpillars they find on their crops, rather than cooking / squishing them.  These are hatched in the centre and visitors can watch the emerging butterflies from their cocoons.  Daily they collect the eggs they find on the leaves and protect them in boxes until they hatch.  Lots of predators with the geckos and ants.

The evening was a bit of a treat, and very unexpected. Dinner about 10Km out of town, to a ‘cultural show’. Usually awful, and had we known about it we would probably have said no. We were just told to get in the van! Quite surprisingly, we did. However… food was great, and the dancing was very skilful and elegant. Very enjoyable to watch. Thank you Cambodia Cycling!