Sunset over the Mekong. It does it every evening.

Gentle rapids rather than massive falls, but in the monsoon…. 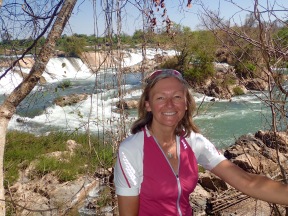 And another, slightly less scary. 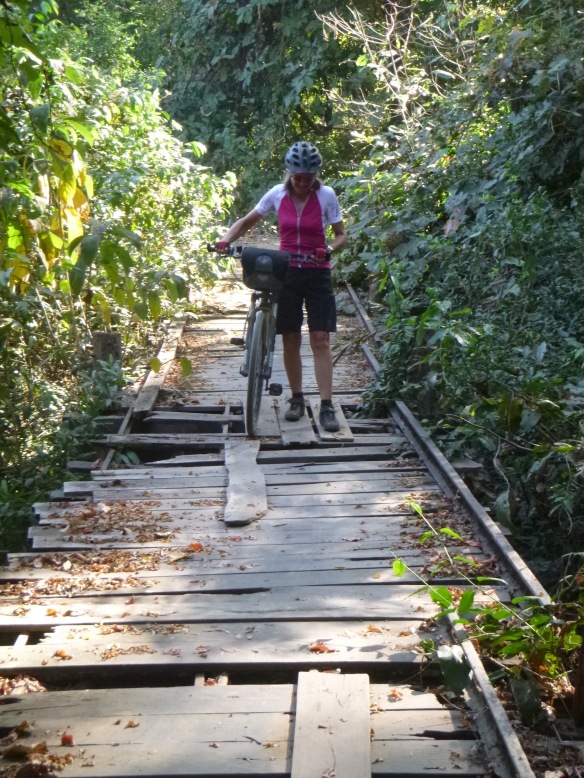 No, I’m not cycling over that.

Waterfall, and fishing contraption. Not sure how, or if, they work. 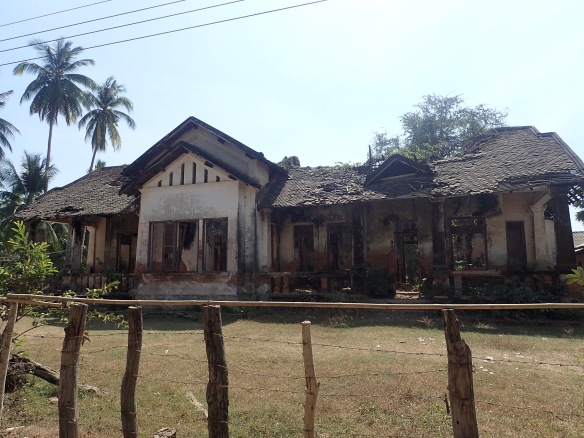 A real treat to stay 2 nights in one spot, with a lovely view over the river towards the sunsets and even a hammock.  Gentle cycles around Don Khon discovering the remains of the French attempts to transport gun boats early 1900’s up the Mekong over the Falls.  They failed, and had to dismantle their boats and build a railway.  A lot of effort made to try and connect to China to the north.  Their footprint is still here with remnants of language and a very useful bridge connecting to the party island Don Det.

Dusty red sand tracks connect the small villages on the island and a single track path led us through remains of the jungle to the spectacular Tad Khone Pa Soi waterfall.  Lingering lunches on the river, deep fried spring rolls and beer.  All very satisfying.

Bumped into the Belgian couple we’d met in Pakse, Harry and Wally.  They had also circumvented Don Det as being a little “too spacey” and were settling for a couple of nights on Don Khon.  Joined them for supper and heard all about their home in Andalucia.  A rather lovely mountain spot.  May need to pay them a visit, both are very keen mountain bikers, and good company.

Now the start of our hard 5 days to Siem Reap.