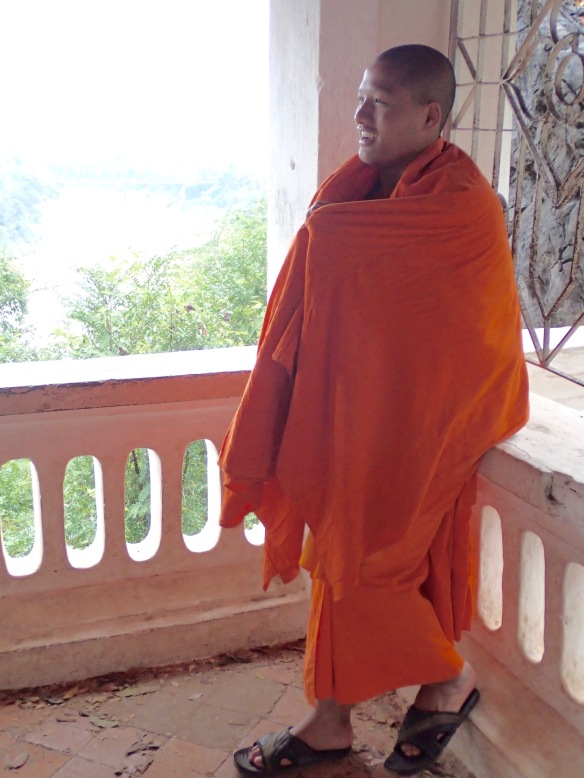 Chatting with the Locals. 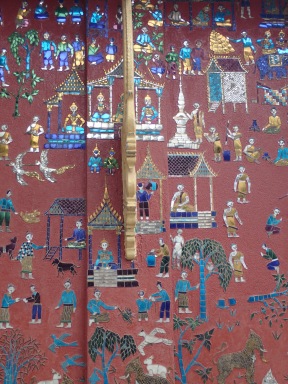 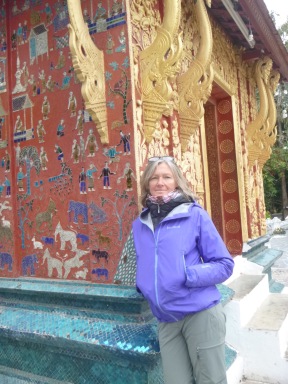 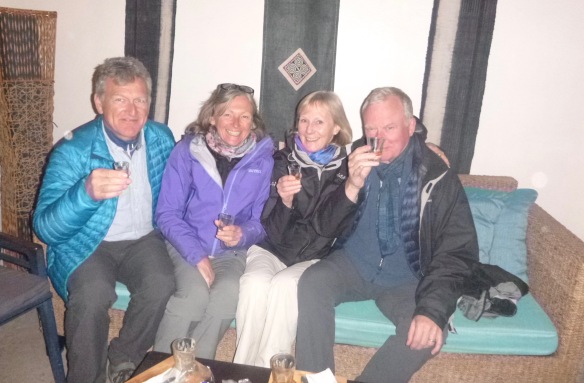 Great company. Thanks Sian and Lawrence.

Today started cold. Then it got colder. Alot. This wouldn’t have been a problem but the city just isn’t expecting it to be so cold. It just can’t do it. No heaters, windows that don’t work, no one has warm clothes so people wear anything they have to keep warm. This includes a sleeping bag used as a scarf and blankets wrapped around smart shoulders. We were cold all day. We still are as the rooms don’t have heaters.

We started the day with a trip around the Wat Xieng Thong, Luang Prabang’s oldest Wat. We were worried about catching a particularly cynical illness easily caught in these parts: Temple overload. This is caused by seeing too many temples in one day. We restricted ourselves to 2 or 3 of the most superb, and retained our joy at seeing them. Wat Xieng Thong was suitably impressive.

Next the Royal Palace Museum, which houses the gold Phra Bang Buddha, after which Luang Prabang is named after. Sadly no photos allowed. Not that you can see it anyway, but it is apparently there.

We then walked up Mount Phu Si. The view at the top and the Wat were impressive but the thing that made it so good was meeting an 18 year old novice monk on the way down. He wanted to speak English and it had been suggested that he stayed up the mount and chatted to tourists. This was a great idea when it was 20C, but bonkers when 5C. He was shivering, jumping to try and keep warm but wouldn’t leave until the 5.30 time his teacher had told him he should remain for. He looked ill but we talked for 20 mins or so. Really interesting. He hadn’t felt so well this morning when he had to go for Tak Bat. It was raining, cold and they don’t wear sandals. He got better and then braved the cold to chat to us. He has been a novice for 3 years, gaining an education and a way of life. He goes home twice a year but is up before dawn every morning, except today.

It’s an interesting city, but so much more had it been a few degrees warmer. We were lucky compared to the monks. We at least could wear coats and warm up with hot coffee, which we did. Alot.

Our final evening with Sian and Lawrence. We have had fun but reality will need to kick in. Cabbage soup and warm beer for the next few days, we fear. Thoughtfully Lawrence managed to find a few tot’s of good malt whiskey to toast Burns night. I’m not sure the locals understood it, but it went very well with the temperature. Thank you both. Safe travels. Hope we bump into you again.

Tomorrow to go south, searching for a warmer wind.