Orca nose.
We started the day with a boat trip hopefully to see dolphins and to snorkel. The waters around here are apparently great. However we came across a pod of false orcas and we got side  tracked. Apparently, very rare in these waters and can be quite aggressive towards humans in the water so snorkeling sadly cancelled. But what a great reason to cancel! They are hard to photo, don’t usually leap in the air but look huge in the water. We saw one with a fish in its mouth – honest. And you can hear the echo location system they use. So fab! 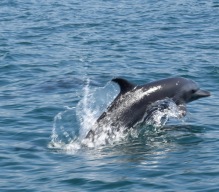 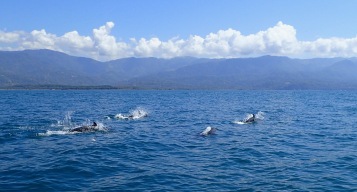 Then, a pod of spotted pacific dolphins, including a baby with its mother. Again, hard to photo!!

We landed on a remote beach, only to be greeted by 4 Aussi’s saying one of them has just been stung by killer bees, and pointed to a swarm. Ouch. We kept well away, but did manage to find some coral, and imagined what the  snorkeling might have been. 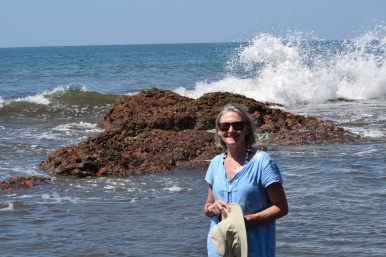 The morning passed so quickly. Lunch was tuna, then a walk to the waterfall.

Loads of birds here.  Just sitting by the pool, flashes of colour dip down into the water for a splash and a preen.  Streaks of scarlet and blue whizz across our field of vision – totally distracting and absorbing.

This is a Scarlet rumped Cacique, uncommon apparently. Spectacular in flight.

Tomorrow to Osa. And off grid for a few days. 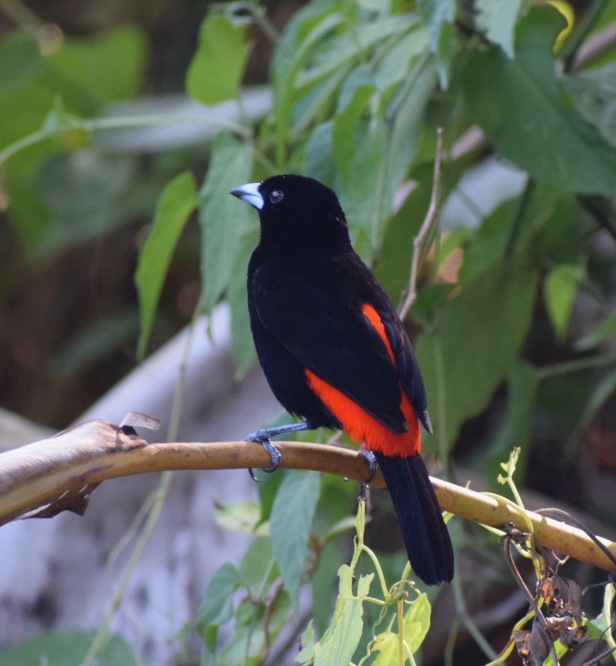